I couldn’t believe it when I found out that one of the Riverford farms – the British company which produces fantastic veg boxes – was a mere 20 minute drive from our house.

And, what’s more, they were having a family pumpkin day, with stalls, tasting, cookery demos and lots of other events – ferret racing anyone?!

So off we headed, arriving bang on time in a convoy of other similarly excited families. We jumped out of the car, clad in wellies and waterproofs (which, thankfully, were not needed) and then it was just a question of where to start.

The economics of a fortnightly delivery of organic, seasonal vegetables have really appealed of late and it made me even more enthusiastic when I saw the extra goodies than can be delivered with your box. Montezuma’s fantastic chocolate, yes please. And the eggs come from one of the thousands of chickens who live on the farm.

We tasted and tested and purchased – I snapped up the romanesco, some kale and a bag of the farm’s potatoes, in addition to some sweet treats. The ginormous scones from Hook’s Baker Boys were irresistible! As were Riverford’s own mince pies, which were out for sampling – their box’s promise of “buttery” goodness was no fib.

Staff were on hand to explain the farm’s involvement in the Big Worm Dig and I had a lot of fun with the three year-old searching through soil for worms and then identifying which ecological group they belong to. 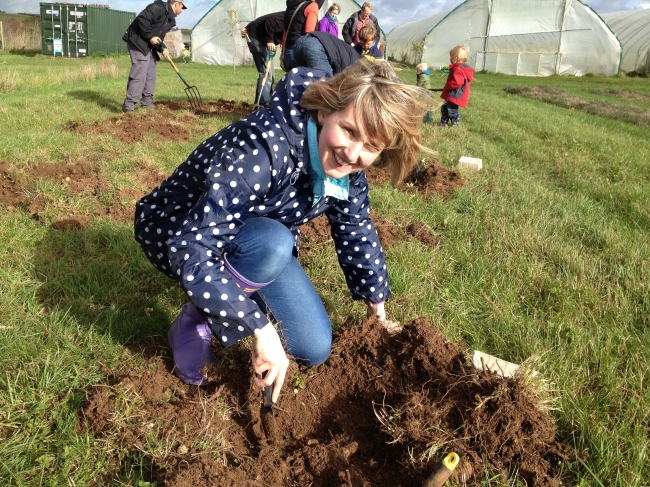 We headed home with supper too – some bread and one of the acclaimed Riverford soups. A number of these won awards at the Soil Association Organic Food Awards this year, including the butternut squash and bacon chowder and the cauliflower and coconut masala soup.

Our evening meal was the organic tomato, bean and chorizo soup, which comes in a 750ml tub. We found this size perfect for two adults.

In addition to its named ingredients (the beans are haricot), it has the sweetness of red peppers and a lot of heat courtesy of the paprika, both sweet and hot smoke varieties. It was beautifully hearty, chunky and warming, full of goodness and perfect for an autumn evening’s meal. We’ll be seeking out this one again. 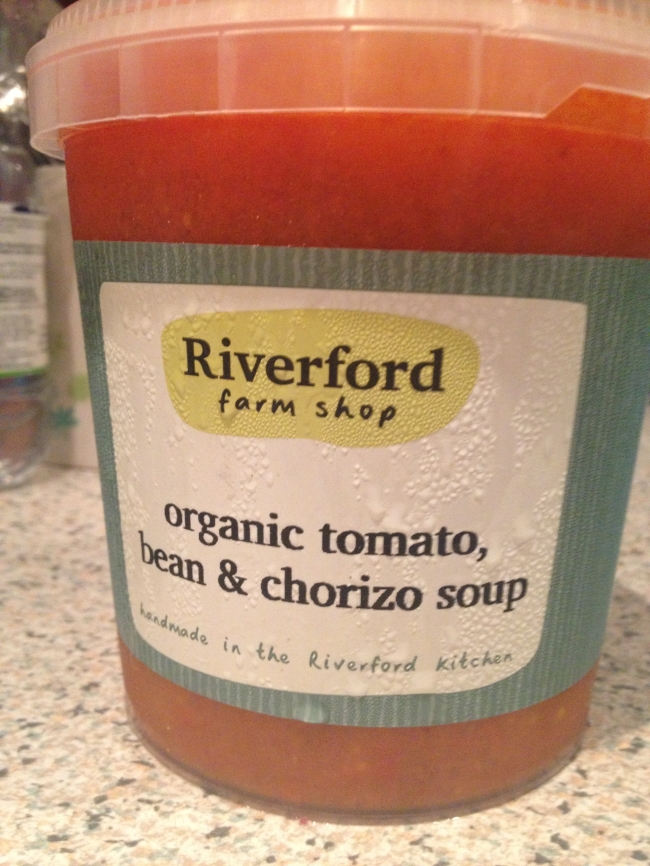